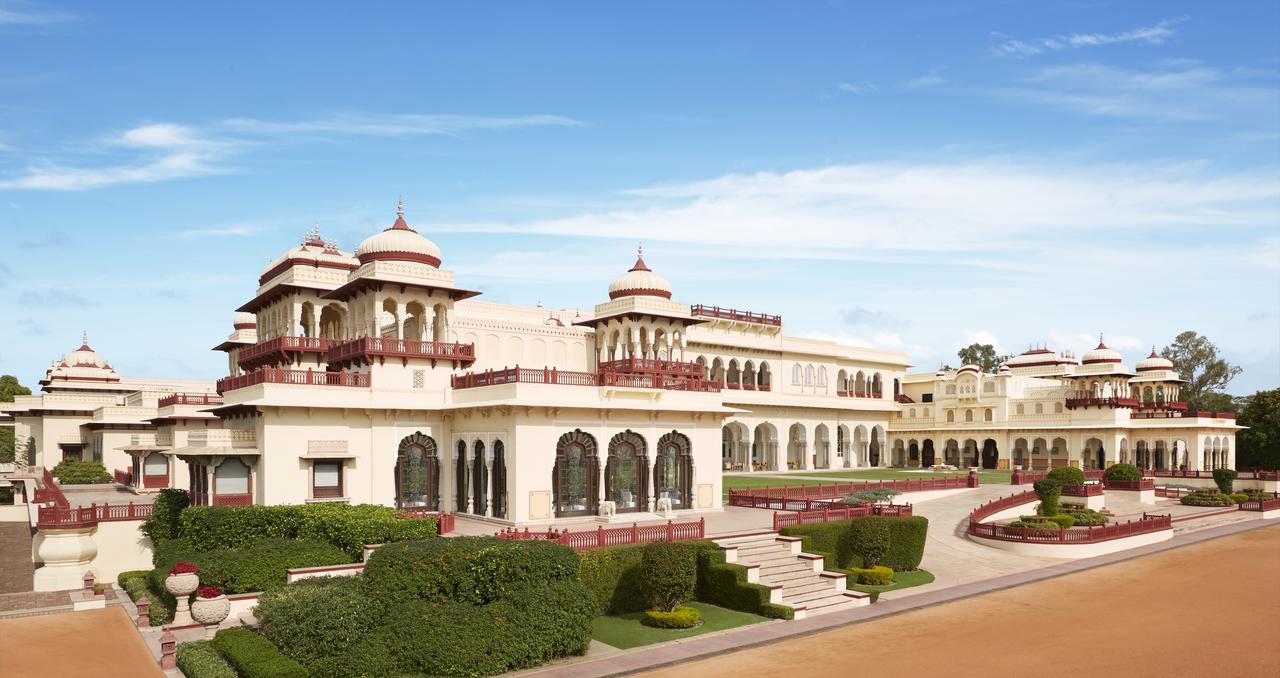 Quintessentially inspired by Rajputs, Rambagh Palace Jaipur is one of the luxury heritage hotels served by the country’s renowned Taj Hotel Group. It is the most expensive hotel in the country. Known as the ‘Jewel of Jaipur’, Rambagh Palace provides its guests with the best tradition of Rajput hospitality to experience royal life which was once enjoyed only by the kings. The imposing edifice is a reminder of days gone by. It is a palace veiled in the mists of time. No wonder, it is hospitality personified and gifts once in a lifetime experience. Though there are several Jaipur tourist places and this is one of them without any doubt.

Story so far of the Rambagh Palace

In ancient times, Rambagh palace used to be a garden house. Spread around almost 47 acres of area, this splendid palace has been through several gracious transitions, from the to the. Built in the 19th century, it was home of the queen’s favorite housemaid. Later, Madho Singh converted it into a royal grand guest house and lodge for rest after hunting as the place was surrounded by lush greens. In the 20th century, the place was renovated into a luxury palace and Sawai Man Singh II and Maharani Gayatri Devi used this palace as their residing place.

In the early years, the hotel was run by the royal family but later the hotel’s management was handed over to the Taj Hotels Resorts and Palaces. Though the management of the palace has been given to Taj, the owner of the Rambagh Palace is still the Royal family of Jaipur. Over the years, Rambagh has served many glorious guests, royalties, and celebrities from around the world such as Lord Louis Mountbatten who has a suite named after him, Jacqueline Kennedy, Prince Charles, and several others.

Design and architecture – Look that amuses every individual

The Rambagh Palace of Jaipur is the true symbol of an architectural masterpiece personified. The architecture of the palace is expansive and is beautifully complemented by the internal courtyard with a spiral staircase and Rajputana style Italian gardens of Indian design set up in outstanding symmetry. The Rambagh Palace Jaipur is made up of sandstone and marble which is a fine specimen of the marvelous art of the Mughal period.

Throughout the palace, you will notice the extravagantly decorated interiors from rich textures and intricate details to hand-carved marble latticework, elaborate wood detailing, sandstone balustrades, and elaborate Mughal Gardens, high ceilings, mahogany, antiques, courtyard with statues, fountains and other cliché palace elements have a feeling of peaceful grandeur. The hotel has managed to hold back the beauty of the palace.

The ultra-luxury five-star hotel has numerous facilities and amenities starting from restaurants, spa, luxurious rooms to golf courses. Inside the hotel, you can take up yoga classes, walk in the trails, enjoy polo matches or play table tennis. To ensure that the palace remains true to its luxury, heritage and best across the world, a strong emphasis is placed on its constant up-gradation.

Rambagh palace restaurant – A royal feast in the regal way

The distinctive dining experiences are all about savoring the finest of Indian and international cuisines.The dining area inside exudes a feel of majestic opulence having the royal style of golden dinner plates and utensils that gives a luxury feel to the dining experience. The Rambagh Palace menu being diverse serves as one the best dining places across the globe. Suvarna Mahal, a former ballroom palace, now a Rambagh Palace restaurant adorned with beautiful crystal chandeliers let you experience a royal Indian feast and a true sense of Mughal hospitality. There’s Steam, the finest pizza restaurant set in a restored railway carriage. There are two other restaurants in the palace that have a multi cuisine spread, the Rajput Room and the Verandah Café. The Rajputs of Rajasthan loved sports and it can be seen in the Polo bar displaying the Jaipur polo team’s trophies.

Rooms and suites – Stay like a king with luxuries brimming over

The mansion offers 79 Mughal-inspired suites and rooms. Of them, there are 2 Grand Presidential Suites, the Sukh Niwas and Suryavanshi suites here are considered to be the most expensive suites in India. There are 3 Grand Royal Suites that are originally part of the private chambers of the royal family, these are carefully restored to preserve the original architectural style of the Palace. Apart from this, there are 6 Royal Suites, 22 Historical Suites, 43 Palace Rooms, 2 Luxury Rooms that exude stately elegance.

The Rambagh Palace rooms and suites are strikingly furbished having elaborate décor with sheen fabrics and silk drapes and ardent hues reflecting Rajasthan’s stateliness. The rooms have a strong and luxurious décor, double showers, and 19th-century French empire canopy beds, all featuring the colors gold and chocolate. The views of Nahargarh Fort and Aravalli has the magnificence that captivates the mind.

Health and Wellness – Indulgence and rejuvenation like none other

Rambagh Palace for wedding and other events

This hotel is apt for hosting several idyllic experiences be it pre-wedding celebrations or a grand wedding ceremony. It is among the top destination wedding venue. It has an acre spread lawn with the capacity to hold 500 to 1000 people at a time. Sawai Man Mahal located within hotel premises has banquet rooms and lawns ideal for meetings, social events located within hotel premises.

The magnificent palace nestles one of the best luxurious suites around the world.

It is home to peacocks in the greens and can escort you while your morning or evening walk.

In the library of the Rambagh Palace is a book by Kanwar Dharmender: the biography Maharani Gayatri Devi, a book which tells the story of India through the life of a princess.

How to Reach Rambagh Palace

The hotel is located on Bhawani Singh Road, 8 km away from the main city of Jaipur. You can find many cabs and autos from Jaipur to reach the palace. It is just 15-minutes car ride from Jaipur railway station. The hotel is 11 Kms from Jaipur International Airport and also offers airport pick up and drop facilities.

The palace is at prime beauty throughout the year. Tourists usually choose winter for its pleasing climate. If you want to have a better deal, avoid the peak season and prefer going in summer or monsoon.

Rambagh palace one day price of room starts from INR 50,000 per day upto 10 lakhs. The rates are usually high during peak season. Apart from this, you can also go to their restaurant and bar to experience the luxury. 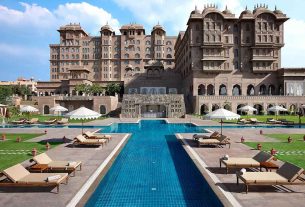 Hotels with swimming pools to splash in and cool off in Jaipur! 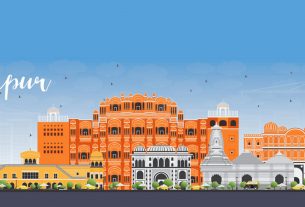 Best Budget hotels in Jaipur for every class 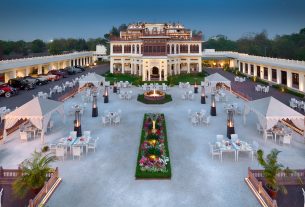 10 best resorts near Jaipur to escape for a weekend