On Monday, the crime branch of Jaipur police has revealed the gang involved in robbing Rs.45 lakh at Miraj Group Food Mart agency in Mansarovar. The police arrested six men including the driver of the agency who was the mastermind behind the robbery.

According to a police official, the robbers were arrested from Satara district in Maharashtra. They bought a car from the looted money in Delhi which has been recovered. They were on their way to Goa for a vacation when they were arrested by the crime branch. The police chased the robbers for about 60 hours. The CCTV footages from the area played a key role in identifying the robbers.

“The main accused named Deendayal Jat had been working as a driver at the food mart for the past 10 years. He knew the routine of Naresh Saini and co-worker Ram Singh. He planned the robbery with his brother in law Rajneesh, a resident of Uttar Pradesh. Some other criminals of the gang were Gajendra alias Monu Jat, Rahul Sharma Abhay Sharma and Ankit who belong to Dholpur and Gwalior,” said the officer.

The robbery took place on 4th may at the food mart located in Mangyawas area of Mansarovar. An employee of the mart, Naresh Saini was carrying nearly Rs 45 lakh, while the coworker had Rs 8 lakh in another bag. As soon as they came out of the office, four men on two bikes approached and started firing. He sustained bullet injuries near his waist. The robbers snatched the bag from Naresh and fled away. 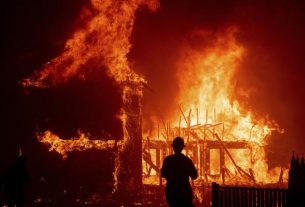