This hippo was brought in an exchange program. In lieu of hippo, Delhi Joo has been sent to Wolf and crocodiles from Biological Park. This effort to bring hippo was done by DFO Sudarshan Sharma which finally paid off. No other park in Rajasthan has a hippo.

The hippo will be kept secluded for 20 days before the park visitors are allowed to see the animal. A male hippo was also brought a few days ago and now a pair of hippies is ready to enthrall the visitors. They will also be expected to breed after pairing.

The hippo weighs about 2.5 tons and is aged about 5 years. A raw water tank has also been prepared to prevent both of them from heat and humidity.

According to DFO Sudarshan Sharma, it will boost tourism footfall, particularly during the monsoon and winter seasons. 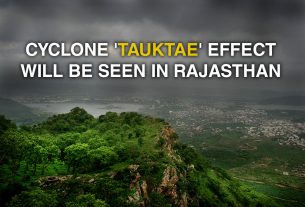