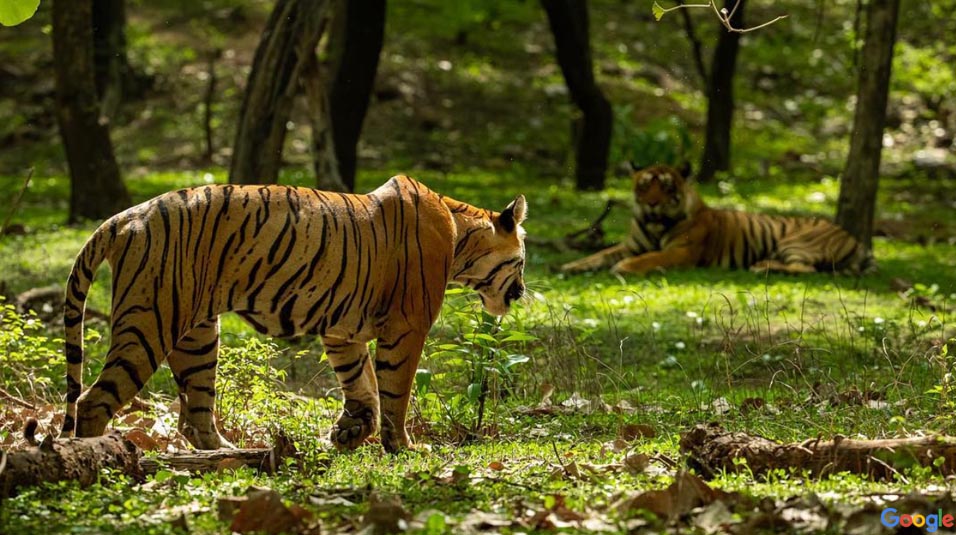 By name Rajasthan, the very first image that conjures up is a desert, howling winds, a sun that burns overhead, a dull, lifeless land where nothing flourishes. But the truth will reveal once you visit Rajasthan. You might just end up revising your views. True, India’s largest state is mainly desert, but this land throbs with life. And when we talk of life, we don’t just mean camels one sees meandering their way across the dunes. We mean life at its most vivid, vibrant, and uninhibited.

This desert state also encompasses wildlife sanctuaries which nurture some of the exotic and the rarest species of flora and fauna. These wildlife parks are the indispensable part of Rajasthan Tourism which has its own charm and beauty to fascinate tourists. In these varied topographical landscapes lies some of the best wildlife parks of India which are the paradise for wildlife enthusiasts and nature lovers. Of them, one of the world-known wildlife sanctuary and the national park of Rajasthan is “Sariska National Park Safari”.

Located in the vicinity of Alwar by the Aravalli hills, is the Sariska Wildlife Park Safari, which is a perfect destination for a day’s excursion from Jaipur. Sariska is well known for its wildlife sanctuary which is among the high flying destinations. Nature lovers and wildlife enthusiasts often visit here. You can find many books on this wildlife park due to its popularity. The mystical charm of this park lies in its majestic landscapes which makes it a picturesque destination for tourists delight.

Years ago, the park was used as the hunting reserve of kings and royals of Alwar. The historical monuments and ruins speak a story of a symbolic past of Sariska. Established in 1975, it is an excellent tiger sanctuary under the project Tiger. Due to the fast extinction of the population of tigers in this region, the Sariska Wildlife Sanctuary was pitched up in 1955 and then in 1978. Later, in 1982, it was taken under the Project Tiger and was transformed into Sariska National Park. The National Park is spread across an area of 800 square kilometres, out of which 498 square kilometres from the core region of the Park.

The Sariska National Park also is known as Sariska Tiger Reserve. Even though the population of “the pride of Sariska – tigers” has greatly dwindled due to reckless poaching, violating homes and similar other reasons. So much so that it’s rather tough to locate them inside Sariska. Only if you are lucky and patient enough, you would come across a tiger while on a visit to the reserve. However, the presence of other animals and a variety of birds more than compensates for the near absence of the tigers for which the reserve was brought into existence. For instance, Sariska boasts of excellent populations of Rhesus Monkey and Peafowl. In fact, the reserve has the largest Peafowl population in India.

Sariska has an abundance of flora & Fauna. It is a natural haven for many species of birds. The Sariska sanctuary is spread over 826 square kilometres of the dense forests, streams & generally descending valleys. The most enjoyable part of the trip is jeep safari or canter safari inside the forest of Sariska wildlife sanctuary & tiger reserve. The landscape and abundance of wildlife make the safari a popular option by jeep. You can drive through the Jungle paths and relish the serenity. It is also an ideal place for long walks & treks. The natural trails of Sariska National Park make Sariska a perfect escape from Jaipur.

A dry deciduous type of flora is found in Sariska Wildlife Sanctuary. Nearly 90% of the park is wrapped with ‘Dhok’ trees. Despite this, the park also constitutes various kinds of trees named Goria, Surwal, Ber, Tendu, and Khair. Moreover, the national park has a dry and dusty appearance during the summer season, but with the beginning of monsoon, the look of the park improves greatly and a good bit of greenery can be seen.

It is the home of several species of fauna including carnivores like Tiger, Jungle Cat, Hyena, Leopard, jackal, wild dog and many more. These animals feed on other animals such as herds of deer-like nilgai, four-horned antelopes, chinkara, chital, sambar, wild boar. Rhesus monkeys can also be spotted here. If you are a highly enthusiastic bird watcher then you can see white-breasted kingfisher, the grey partridge, peafowl, sand grouse and bush quail as well as the crested serpent eagle, great Indian horned owl, tree pie and the golden-backed woodpecker and some other popular migratory birds.

You will get spoilt for choice as there’s a lot more to explore here. The park is open throughout the year due to the presence of several historical and religious monuments present in its precincts. For wildlife lovers who are also keen on exploring historical sites, a trip around medieval ruins within and near Sariska is worth considering. Sariska being rich in history which dates back to the 5th century BC, gives one an explicit peek into the culture and heritage which is known and acknowledged worldwide. It has many major tourist attractions which are of immense chronological significance and one shouldn’t leave out on. This includes the following:

This former palace & royal hunting lodge on the edge of Sariska National Park was built by the Maharaja of Alwar, for the visit of Queen Victoria’s son, the Duke of Connaught. Its architecture is a blend of French, regal, with eastern detailing & is now a Heritage Hotel. The interior is not opulent but it does have some ancient & artistic furniture. Admired for its architecture and breathtaking surroundings, one gets the royal feel of the kings and queens here.

This is the most visited spot in Sariska National Park. As per the legends, the Pandavas had spent some of their time here during the exile. Also, Bhima attained the strength of a thousand elephants here at this place after an intense battle with Lord Hanuman. The Pandu Pol is moulded like a natural arch formed due to the continual action of water against the limestone. During the rainy season, you’ll see an amazing waterfall here.

The Hanuman Temple is located at a distance of 11 kilometres from the entrance of the National Park near the watchtower. It is invisible among the dense green vegetation of the jungle and expresses a mystique trait about it. The temple has a huge idol of Lord Hanuman in a reclining posture. The origin of this temple dates back to the Mahabharata days. A large number of monkeys inhabit the temple premises.

This is a centuries-old castle, one of Sariska’s historical landmarks. It’s where the Mughul connection in Sariska becomes evident. This fort was built under the Mughul rule of Emperor Aurangzeb. Legends mention that this is the place where Aurangazeb kept Dara Shikoh, his brother, as a prisoner. With its location over a hill, it is easy to see the whole avian family of the park. It also overlooks some Gujjar villages and the Kankwari Plateau. Leopards from other areas come here to search for water and food.

This temple resides within the area of Sariska Tiger Reserve. The popular temple of Lord Shiva is supposed to be the construction of around 6th Century.

Last but not least, the ruins of Garh Rajore temple of the 11th century, Siliserh Lake is also really enticing locations and a treat for many wildlife lovers and photographers.

In Sariska National Park, the best time to visit the park is during the morning and in evening hours. There are two timings slots of safari:

There are two types of safaris available in Sariska National Park:

Through Jeep Safari a small group of at least 6 people can explore the national park and its wildlife in their natural habitat. A jeep safari is especially for wildlife photographers so that they can capture the perfect picture of a royal tiger and other species of animals.

Next to jeeps, open vans known as ‘Canters’ are also available for safari. If you are travelling in a group of more than 6 people then it is best to be together in a canter. It allows 20 people at a time and travels in all zones.

If you’re planning to visit the Sariska national park, the ideal time to visit is during winters between October – February. Duringbthis time, the weather is blissful and there are plenty of migratory birds that are attractions of Sariska National Park. However, since during the summer season the chances of sighting a tiger are higher, many people prefer to visit the national park during this time. The sanctuary is not open during months of rain. winters.

How to reach Sariska National Park

You have to access the Alwar town to reach here. The city entirely depends on roadways and railways for connectivity. The nearest airport is the Jaipur Airport which is some 148 k.m. away. Reserve buses are available from Jaipur. By roadways, it is a three-hour drive from Jaipur. To get into Sariska, you can easily get taxis and cabs from the city’s main market. Also, there are jeeps available which need to be booked in advance near the gate. 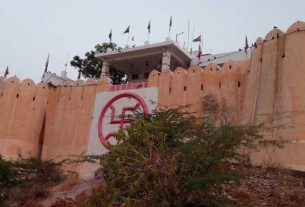 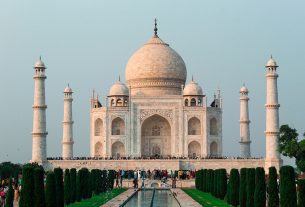 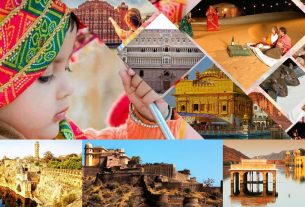 Palaces and forts in Rajasthan