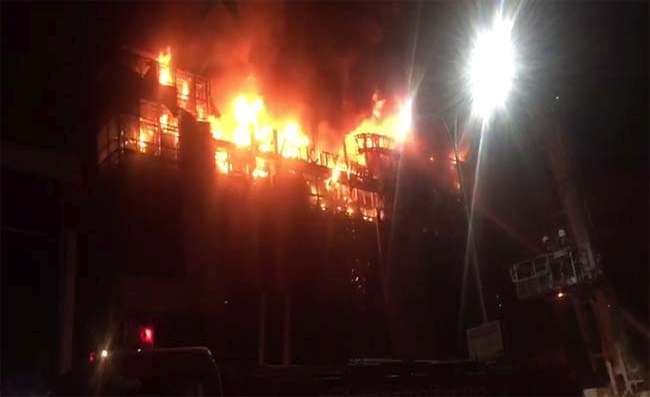 HashTag Restro Bar located on the fourth floor of Felicity Tower was gutted in a major fire on Tuesday.

At around 3 in the night, a major fire broke out at the Hashtag Retro Bar of Jaipur. This disco bar was located on the fourth floor of Felicity Tower on Sahkar Marg.

According to fire department officials, two security guards fell unconscious and got fainted when they got stuck in the fierce fire. The rescuers roped in a snorkel ladder to douse the blaze and rescued them. The property, worth lakhs of rupees were completely burnt to flames of fire and much damage is caused. The cause of fire probably seems to be a short circuit, but, it is yet to be ascertained, said the officials.

As soon as the control room received the information about the fire, police teams from Jyoti Nagar and Ashok Nagar police station rushed to the spot. Chief fire officer Jagdish Prasad Fulwari supervised the rescue operation.

The fire was very fierce and controlling it on the fourth floor of the building was a challenge for the rescue teams. A snorkel ladder was called in and the rescuers entered in breaking the windows of the building. 15 fire tenders from different fire stations of the city reported to the site to put the fire out. It took nearly three hours for the rescue operation.

“The fire was out of control for a while. We had to use all the available resources. We managed to pull the security guards out of the building, It could have been disastrous” said a senior fire department officer. 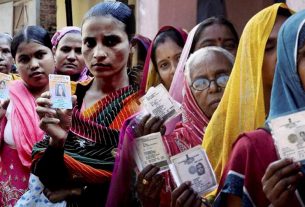 May 6, 2019May 6, 2019Ayushi
Subscribe
0 Comments
Inline Feedbacks
View all comments