As soon as we come across the word ‘Rajasthan’, the beautiful images of vast sandscape land flatter our thoughts. Does the idea of running in a desert fascinate you? Want to experience the excitement and thrill of the desert in Jaipur? Kishan Bagh park in Jaipur is the place that will satisfy your wandering soul. Kishan Bagh is the one desert park still most adventure enthusiasts are unaware of. The desert park is a surfeit of thrill, excitement and the unexplored treasures of rural magic.

Kishan Bagh is one of the enormous open spaces to be spread over 30 acres falling very much within the city boundaries. It is a first-ever desert park in Jaipur built at the foothills of the Nahargarh Fort. The restored landscape of Kishan bagh idealizes the ecology of the desert. This ecological park blazes a glow on the beautiful natural heritage of Rajasthan having beautiful chromatic desert dunes surrounded by crystal clear water bodies and diverse plantations. It is a perfect escape for those who want peace and fresh air away from the bustle of the city.

Kishan Bagh Then To Now – Story So Far

From a huge deserted dry land to a full of life ecological park and nature lovers delight, the park has seen an interesting transformation.

The Decline Of The Landscape – Sandy areas were an easy sight in the past at the foothills of Galta hills and Nahargarh Fort Hills. Over the years as this city surged and sprawled, the area became like a neglectful caravan of sand dunes in Jaipur, overgrazed and strewn with shards of broken beer bottles. The structures of land and the flows of water changed. The area soon got bracketed on either side by densely erected bastis which clearly differs from the park’s wide, wind-swept scenery of waving grasses and shrubs.

The failed attempt – The winds from the Thar desert in the far-west, pile up against the Nahargarh hills to create the existing dunes. This gave JDA an idea to restore this landscape. JDA had already worked on creating a cactus garden here but they didn’t survive and their project wasn’t successful and proved a disaster.

How the idea turned into reality – In January 2016 Jaipur Development Authority(JDA) showed Pradip Krishen, an environmentalist, this vast barren land and asked his opinion on reshaping it into a public park. Having worked on the difficult location of Rao Jodha Rock Park in Jodhpur, Pradip Krishen was granted the responsibility of restoring the Kishan Bagh dunes into a natural desert landscape.

The names behind the success – In addition to the ecological restoration by Pradip Krishen, the architect Golak Khandual also put in commendable efforts. He filled life into the creation with local materials and forms. With their tremendous efforts along with JDA, this vast untapped land is exquisitely restored and has made Kishan Bagh worth a visit.

Now, the desert park has become a popular tourist destination and both locals and tourists flock to the area to catch a glimpse of the harmonious relationship between the city and the countryside.

The making of Kishan bagh and Pradip Krishen’s efforts

Jaipur is a semi-arid region and the wind-blown sand from the desert piled up against the Nahargarh hills to create these dunes at Kishan Bagh. When Pradip Krishen was shown a barren tract of ‘marooned dunes’ in the northeast of Jaipur at the base of Nahargarh hills, there were trapped sand dunes, almost resembling the landscape at Thar desert and ravines created by wind and water resembling Chambal ravines.

Having worked on the Rao Jodha Desert Rock Park on 70 hectares of a rocky hillside, he was excited by the prospect of trying to restore a very different desert landscape. He wanted to bring alive the aspects of Roee (native shrubland or the traditional jungle from the Thar desert) here. He wanted to retain its habitat as a natural desert landscape and also preserve the ravines along with avoiding any further damage.

The revival endeavour came off to be challenging both from a geographical and administrative stance. Pradip commenced excitingly and his four years of laborious restoration efforts carved out a haven for wildlife and a delight for nature-lovers. More than 100 species of trees, shrubs, seeds and soils were used in recreating this park. The material for which was mostly fetched from Western Rajasthan, representing the diverse micro-habitats of the desert.

An insight into the ecology of the Kishan Bagh

The city Jaipur lies at the brink of two rich ecological zones but, so far, has turned its back on them. Kishan Bagh grants the chance to appreciate these marvellous but fast-vanishing habitats. This carefully and cunningly crafted park tells the story of sand and its myriad forms.

Flora – The park mainly displays the Roee habitat that comprises Seenio, Bui and Kheemp. Apart from the Roee landscape, there is more to the flora of western Rajasthan. There are trees like Khejri, Rohida, Kumatiyo, Akada, Dhatura to name a few. You will also see Dhok trees and Sarkanda or Munj grass in their natural glory.

Rocks – Among the numerous micro-habitats of desert land recreated at Kishan Bagh, one can spot a variety of rocks including fossil rocks, sandstones, granite, stromatolites, quartzite and rhyolite.

Each of the habitats is explained with interpretative signs framed beside them, crafted on a rugged log.

Here are some of the highlight features of the park which very well explain the varied habitats of the desert.

Roee landscape (the desert landscape of western Rajasthan which is called Roee) overpowers the habitat of this park. This habitat traces the ideal conditions for the growth of various shrubs and plants. To recreate the landscape, the top layer soil from western Rajasthan was sourced. It is dominated by small shrubs like Seenio, Bui, and Kheemp. The park extends a natural landscape with the local Seenio, Bui and Kheemp. Seenio is the choicest food of chinkara deer, which becomes dry in summer and green when moisture returns to the air. These are the same as the monsoon forests of Aravali hills. Bui has white cotton-like growth and Kheemp shrubs grow in and around the sand dunes and are upto 7 to 10 feet in height. There are many other microhabitats as well.

Dhok trees are found in surplus on the hills of Nahargarh fort. These tough trees are amongst those trees that survive in the harsh conditions of the Aravali Hills. They can adjust well with the vertical slopes and lack of water.

The granite is the most prominent landscape of the Aravali hills. Many plants like Chasmophytes grow in holes of these millions of years old rocks. These are strong plants that have been known to develop with slight resources such as packed opening and very limited soil.

This habitat is spread around the onset of the trail that takes visitors to the distant end of the Kishan Bagh eco-park. This broad walkway encompasses a variety of rocks from the Aravali hills. Out of these sandstones are one of the most dominant stones. Other notable stones are Quartzite and Rhyolite. Quartz is usually found in the rocks of the Aravali hills near Jaipur. One of the least known stones from Rajasthan is Stromatolites which is a fossil-bearing rock.

The viewing deck of this ecological park gives a picturesque view of the entire area including the western cliffs of Nahargarh Hills. An elongated boardwalk made from Jaisalmer stone snakes through the park, like a spine and leads one to the viewing deck or Machaan. This deck seems to be a fusion of the rural huts of Rajasthan. There is one more viewpoint named Maidan lookout.

One can also find a small pond alongside the deck. It was a naturally occurring water body but has been reshaped to look like a desert oasis.

From the dry stone walls at the gate to the roofs thatched with Kheemp, you will witness the simple elegance of local materials and forms at every corner of the park.

Right from the entrance, the look of the Kishan Bagh is impressive. Every inch of the recreation enriches the experience of the landscape.

Natural Elements – The park will leave you wondering how untouched barren sand dunes can be modified into such a masterpiece that is worth appreciating. The park is transformed using local and natural materials and resources from Rajasthan.

Local habitat – The one thing that sets it apart from every other park in Jaipur is the local habitat. Most of the parks have decorative trees and plants that are imported and not the indigenous ones. Indigenous trees support local fauna and are best suited for local climatic conditions. The imported tree variants have caused destruction to the local ecology as they provide no perceivable benefits and prevail as an interfering species. On the other hand, Kishan Bagh praises the gift of nature – it is rejuvenated utilizing the local ecology, preserving its native form, unlike the parks that change the geography completely with landscaping.

First, of its kind – Kishan Bagh is the first of its kind in the city as well as the state. It will serve many things, a place for a breath of air and a peaceful walk, a lure for birders and flourishing nature enthusiasts, a lesson in local ecology and geology, a reflection on the connection between town and the rural side.

Visiting Kishan Bagh is like reconnecting with nature and taking time off to unwind. We are sure that this desert-like spread will definitely make you yearn for a second visit.

In winters the timings to visit Kishan bagh park

In summers it can be visited from

How to Reach Kishan Bagh, Jaipur

It is just 15 km away from Jaipur and can be easily reached. There are various means of transport available that takes you to the Kishan Bagh Sand Dunes Jaipur. 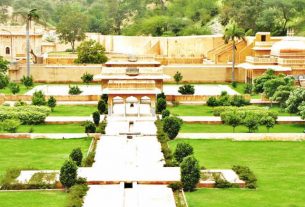 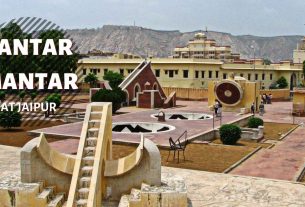 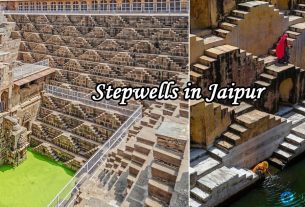