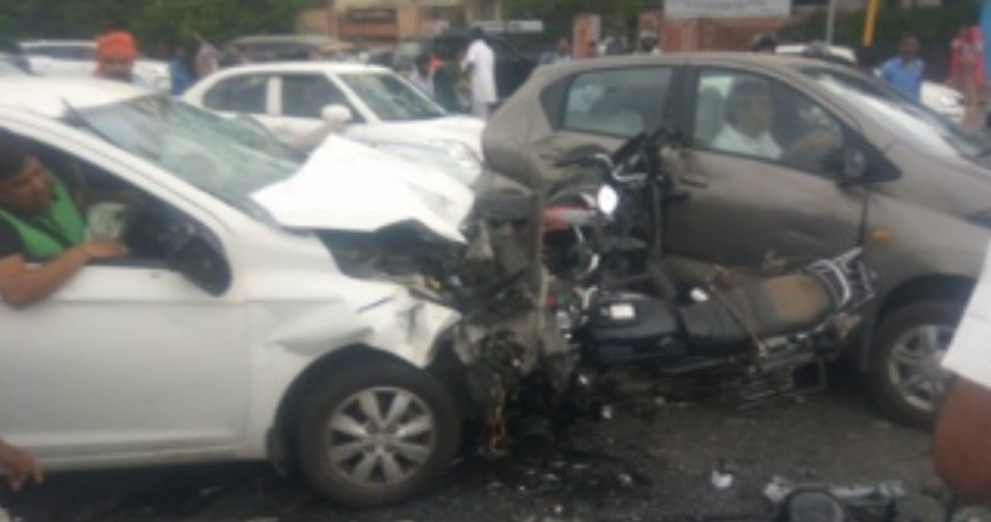 At JLN Marg, a speeding car hits the vehicles waiting for the green signal. The car crashed into the people crossing roads on a zebra crossing, nomadic selling toys, and drivers along with two motorcyclists. The incident took place on Tuesday at about 4 pm, near the JDA circle crossing on JLN Road. The footage was caught on CCTV camera, police said.

Four people got caught directly by the car and the hit was so massive that they flipped in the air out of the collision. The massive pileup involved about 10 vehicles. 8-10 people were injured in this deadly incident.

In this mishap, two brothers, identified as Punit Sharma (30) and Vivek Sharma (28), were killed on the spot and a nomadic woman lost her leg, many serious injuries came to her body. Four other people, Sarita Devi, Ratan Lal Meena, Meetha Lal, and Dhanraj, were injured and are undergoing treatment at SMS hospital.

The traffic police officials informed the father of the two deceased youths. He came to the mortuary of SMS Hospital. When he was told that his sons had died, he broke down and started crying hysterically. His wife and mother were not aware of Vivek and Puneet’s deaths till late evening.

The accident caused panic on the road at JDA Circle. During the incident, there was heavy traffic and everyone saw this horrific incident with a shivering heart. The white car which rammed into other vehicles was being driven by one Virendra Jain, a resident of Sawaimadhopur district. The car driver remained in the vehicle for a while and then walked out.

The police said that the accused driver, Virendra Jain, was taking his parents to SMS Hospital in a white Hyundai car borrowed from his employer. When he saw the nomadic seller, in a hurry to push the brakes he mistakenly hit the accelerator instead, causing the accident. The accused driver who was responsible for the accident has been taken into custody.

The reason behind such incidents is the unchecked traffic norms violations and over-speeding. Overspeeding causes accidents on JLN Marg frequently. The accused driver was also driving the car at a speed of more than 120 km per hour. The city traffic department should make strict rules and traffic check to control such incidents and avoid such mishaps to occur. 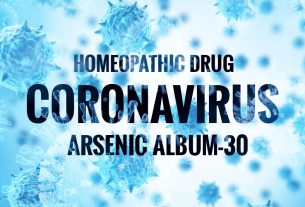 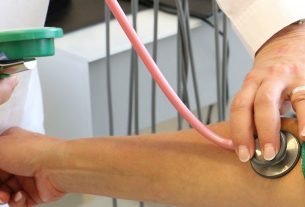 Free checkups in all government hospitals in Rajasthan from today


Free OPD and IPD services for patients in all government hospitals in Rajasthan from Today, medicines and tests are also free of cost. 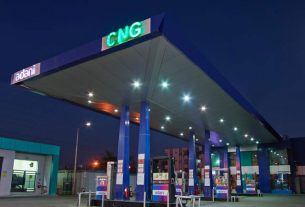