On February 5, the walled area of the Pink city will get a place in the UNESCO World Heritage List. Audrey Azoulay, Director-General of UNESCO, is coming to Jaipur for the first time.

A state-level heritage committee meeting was chaired at the Government Secretariat on Wednesday. Chief Secretary DB Gupta arranged this meeting regarding the preparations for the proposed Jaipur visit of UNESCO Director-General.

In this meeting, the Chief Secretary consulted and provided directions to the officials regarding arrangements related to the one-day visit of the UNESCO Director. He also discussed in detail the issues related to maintaining the city’s heritage.

According to the Chief Secretary, On 5 February, UNESCO Director-General Audrey Azoulay will provide a certificate of granting UNESCO World Heritage City status to Jaipur. She will be treated as a state guest. She has been given the tag of Cabinet Minister as well. Chief Minister Ashok Gehlot will also be attending the event.

A cultural program will also be organized at Albert Hall in the presence of about 5000 to 7000 people. On her one-day visit, she will visit various places in the city including Hawa Mahal, Jantar Mantar, Amer, Rajasthani Handicraft Emporium, and Kasturba Gandhi Balika Vidyalaya. The director-general of UNESCO will also inspect the work done towards heritage conservation in the city, he added.

He instructed officers to make all kinds of arrangements related to it. He also directed the officials to keep the traffic and security system smooth during their visit.

In the meeting, the Chief Secretary also inquired about the efforts being made for heritage conservation after being included in the World Heritage List and discussed various aspects including illegal construction, heritage form at the city.

It is to be noted that Jaipur City has been conferred World Heritage status by UNESCO on 6 July 2019. It is the second city in the country after Ahmedabad to receive a tag of the world heritage city. 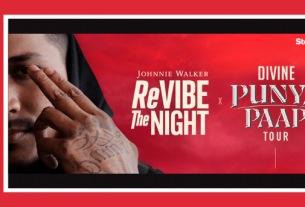 DIVINE to perform in Pink City during the Punya Paap Tour 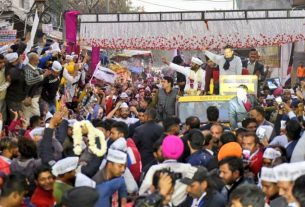