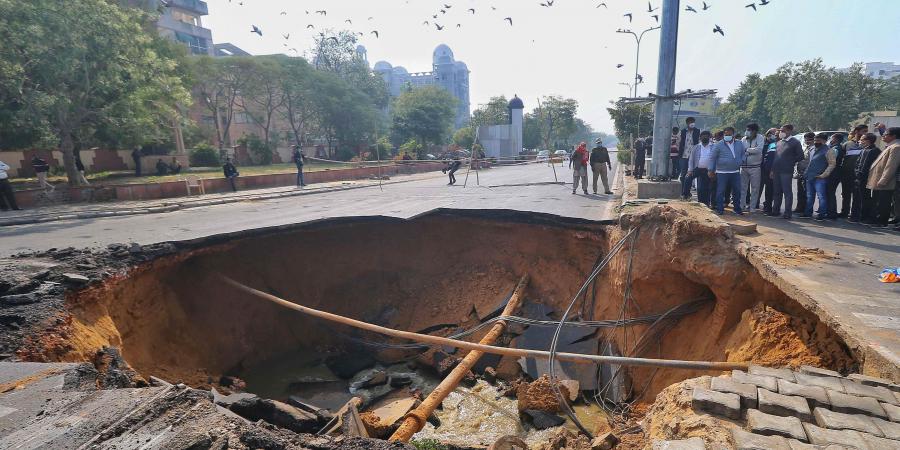 A major road accident happened at Chomu House Circle has surprised the residents of Jaipur. Early morning on Saturday, an auto-rickshaw fell into a 25 feet deep and 30 feet wide pit occurred due to the sudden road collapse. The incident took place at about 6 a.m.

It is predicted that the incident happened due to breakdown of the sewer line or drinking water line which resulted in caving in of mud causing a 20 feet deep pit on the circle. It is being told that due to the leakage, the pothole was deepened on the road about twenty feet.

Soon after the sudden land subsidence, an auto passing through the road fell almost two storeys (20 feet). Along with the auto driver, a woman riding in the auto also fell into the pit. Passers-by and one security guard helped them both to come out of the pit.

Local people gathered at the scene of the incident and informed the police. Ashok Nagar Police Station and South Police reached the spot on receiving information about the incident. The police team pulled out the auto-rickshaw with the help of a crane after a lot of effort. Both of them have sustained injuries and were sent to the hospital. They were soon discharged after treatment.

After this incident, police have barricaded and sealed the area as a precaution. Vehicles passing through the road were diverted to other parallel routes. Due to the presence of BJP headquarters, roadways headquarters and government office near the spot, there is a lot of traffic on the route. People will have to face traffic-related problems in the coming days.

This road near Chomu House Circle is the busiest road of the city. On an average, more than 50 thousand vehicles including two-wheelers, cars, buses pass through the day. If this incident would have happened in the peak hours, it could have been a worse situation. 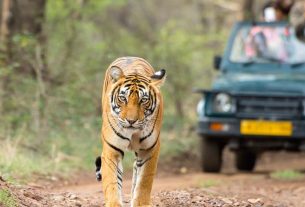 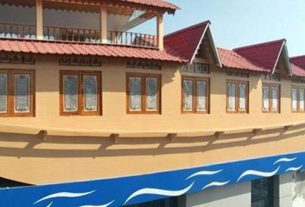 Go on a date this Valentine’s at Jaipur’s first Kashmir themed restaurant!


Confused about where to go on a date this Valentine's Day with your special someone? Visit Zarpar, a Kashmir themed restaurant that calls for a perfect dine out. 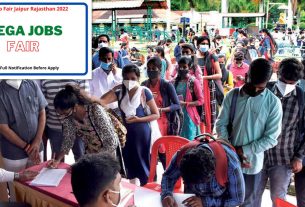 
Now a mega job fair will be organized in every district of Rajasthan in every six months, government will provide jobs to one lakh youth