Jaipur is an ancient city of traditions and exotic art. Crafts are an inherent part of this city. The craftsmen here are world-famous for sculpting stunning handicrafts solely with their hands. Some of the handicrafts of Jaipur have even earned international fame for their beauty and quality. Every tourist who comes to unleash the flavours of this city is always enchanted by these art pieces. These artefacts are a reflection of the tradition and legacy of Pink city. One of the most intriguing pieces of handicrafts that stand out amongst all is the Jaipur Blue pottery. It is an unmatched piece of sheer beauty that is the most attractive, ethnic and trendy item of the state. It has now become the identity of Jaipur. This uniquely vivid blue and turquoise coloured pottery with unique designs and patterns have spellbound millions.

Introduction to the Jaipur Blue Pottery

The Blue pottery name yields out of the blue-colour dye that illustrates the pottery. Blue pottery is unique and exclusive due to the fact that it is the only pottery that is not made using the usual clay like the other pottery. It is made from ground quartz stone. Instead of clay, the dough for the pottery is made by using Egyptian technology.

This blue pottery technique is an imported one as it combines Chinese glazing technology with Persian decorative arts. An Egyptian paste is used to create this famous Jaipur blue pottery. Firstly, this Egyptian paste is cautiously glazed and low-fired. Firing at low temperatures makes them fragile and brittle. This is the reason Jaipur Blue Pottery products are mostly decorative items.

Blue pottery is an age-old craft form that is widely acclaimed as a traditional craft of Jaipur. The existence of the blue pottery comprises tales dating back to thousands of years of the queens and kings associated with the stories of a particular culture and heritage. It is a surprising fact, even though this art is a Turko-Persian in derivation and does not originate in Jaipur, it has become synonymous with the city.

Blue Pottery is the art that travelled all the way long from Persia. The technique of using blue glaze on pottery is imported. It was first developed by Mongol artisans who combined Chinese glazing technology with Persian decorative arts. This approach of giving a blue shiny finish travelled to east India with ancient Muslim rulers in the 14th century.

Earlier, this technology was used to make tiles to embellish mosques, tombs, and palaces in Central Asia. The Mughals later started to employ them in India to impersonate their structures in India. Gradually the blue glaze technique grew beyond an architectural accessory and found its place in the hands of Indian potters. From there, the technique travelled to Delhi. Later, in the 17th century, the method was carried to the pink city of Jaipur.

Blue pottery came to Jaipur in the early 19th century. It obtained much patronage under Maharaja Sawai Ram Singh Ji who first introduced it to the state. Once Maharaja attended a kite flying competition where he witnessed two brothers from Achnera bring down the royal kites of his kite masters. Intrigued, he wanted to know their secret and found out that the brothers were potters who had coated their strings with the same blue-green glass that they used for making their pots. Sawai Ram Singh II was impressed that he invited the potters to stay in Jaipur and spread their knowledge of this unique blue glazed pottery at his new school for arts and crafts. Some illustrations of older artwork can be seen in the Rambagh Palace, where the fountains are lined with beautiful blue tiles. These tiles were also utilized in constructing the city of Jaipur.

From Extinction to marking its existence

However, its popularity almost dipped in 1950 and it was on the verge of its extinction. This happened because the chief potters refused to share their secrets with their fellow craftsmen. But it was soon revived by the joint efforts of artist Kripal Singh Shaktawat, Rajmata Gayatri Devi of Jaipur and Kamladevi Chattopadhaya, a social reformer.

Blue pottery soon caught the local people’s interest and many started learning this craft soon, most of the Kumhar (pottery) families also shifted from working on red clay to blue pottery later, on a larger scale. Eventually, the blue pottery craft flourished in and around Jaipur. At the moment, Blue pottery has now grown to a grand industry that offers a good source of revenue to several people in Jaipur.

The process of creating this exquisite beauty

The blue pottery is prepared from special Egyptian paste or ‘dough’ made by combining powdered glass, quartz stone powder, Multani Mitti (Fuller’s Earth), gum, borax, and water. This dough is flattened and pressed into a pancake-like shape with the help of a wooden tool, thepai. The mould is then set properly by filling with ash and pressing gently to get the desired shape. After this, any extra dough left is scraped away using a knife. Once this is done, the mould is removed by turning it upside down. The product is then left to dry with the ash for one or two days.

Then comes the step of hand-painting the pottery with oxide colours. The blue colour is derived from cobalt oxide and the green colour from copper oxide by mixing with sugar or salt. The mixture is then heated in a furnace. Furthermore, this colour is used to create graceful patterns and motifs on the basic white artefacts. One has to be very careful while carrying out the design as it is impossible to rework these pieces.

The finished piece is dipped into a glaze of powdered glass, borax, zinc oxide, potassium nitrate, and boric acid. When the dried pottery is ready, it is fired at 800-850 degrees Celsius for almost six hours. This process is done in a closed clay and brick kiln fuelled by wood or charcoal. Lastly, it is left to cool for three days. Any rapid temperature change may cause cracks. The entire process takes approximately 15-20 days.

This timeless art has survived the passage of time. Despite the making of these artistic pieces is so much time-consuming labour, the only thing that has kept the art alive is mere love for the craft and dedication of artisans. The blue pottery is said to be used by 25 to 30 groups of artisans in and around Jaipur. Ten to eleven groups are from Kot Zafar of the village while the remaining are from the main Jaipur city. The craft is mainly produced by the castes Kharwal, Kumbhar, Bahairwa and Nat.

The traditional pottery designs are blended with innovative shapes and designs that have been modernized over a period of time. It employs a special colour scheme where there is an abundance of blue, green and white hues. While the use of white, brown and yellow non-conventional colours are also seen occasionally. You can find these art pieces with traditional patterns and motifs of Persian origins. Mostly floral designs, handmade motifs, birds, animals and twines can be seen on them. These days contemporary geometric patterns along with human figures are fast becoming popular. Though artisans are now adapting new designs to enhance the craft, they are keen on keeping their traditional ways.

A range of Jaipur blue pottery

Where to buy Jaipur blue pottery

This comes as no surprise that with so much craftsmanship, this art has been famed all around since its inception. If you are visiting Jaipur and are thinking about what is the best traditional handicraft item to take back with you to your homeland, it is the Jaipur Blue Pottery. Nothing can compare to the contentment we get with buying beautiful blue pottery as a souvenir.

Jaipur blue pottery art center, Neerja International in C scheme, Kripal Kumbh in Bani Park, Sanganer and shops like Rajasthali and others on MI Road and Amber Road in Jaipur are good places where you can buy items of blue pottery. 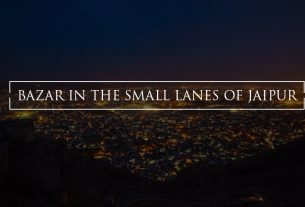 Bazar in the small lanes of Jaipur 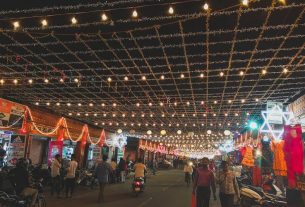 
Everyone loves to shop and when you get things at the cheapest price, who would resist? Here are the best wholesale markets of Jaipur to get you geared up for a shopping spree. 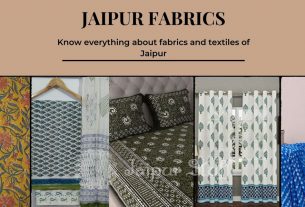 Jaipur fabrics: Know everything about fabrics and textiles of Jaipur


Jaipur fabrics have a distinguished identity in the world due to their artwork and uniqueness. Want to know more? Keep reading!