A fire broke out in a restaurant located in Rambagh Circle of Jaipur on Friday morning. A gas cylinder blast in rooftop restaurant of jaipur. The incident happened at 6am in Kafka Restaurant in a four-storey building near Rambagh intersection on Tonk Road in Jaipur.

There was a tremendous fire broke out in a restaurant in Rambagh circle. It suddenly caught fire after a blast in the gas cylinder kept aside. As soon as the Gandhi Nagar Police and the fire department got the information, they reached the spot and managed to control the fire. The fire got controlled after much effort. It took five firefighters to control the fire.

According to officials at Jaipur Municipal Corporation (JMC) , The Kafka restaurant did not have any fire NOC, whereas its owner are claiming that they had already applied for it.

The fire was controlled with the help of five firefighters. A portion of the restaurant has been badly damaged by the fire. The restaurant, running in an open area on the fourth floor terrace. As the restaurant caught fire around 6 am on Friday, there was no staff then. No injuries were reported yet.

This created a chaos in the whole area. The explosion was so intense that it caused a sensation in passersby and they were shaken by the sound of the blast. The fire was heard far enough and the fiery flames rose several feet in the sky.

Panic spread in the area and huge crowd was gathered at the spot. Some people around the scene recorded the accident on their mobile phones. Shortly after this, videos of the gas cylinder blast in rooftop restaurant of jaipur became viral on social media. 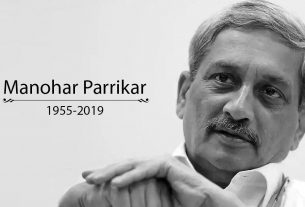 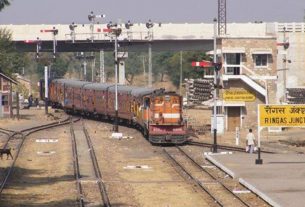