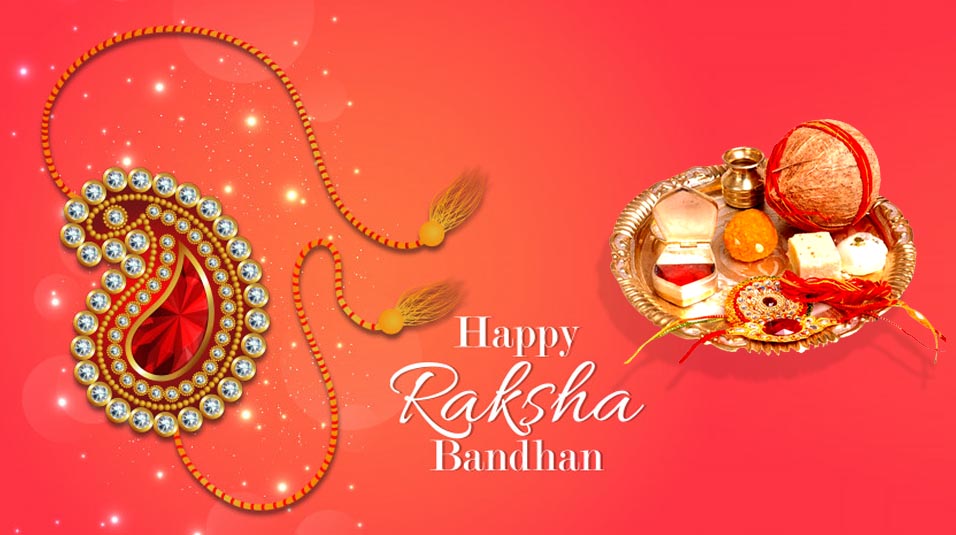 Though all the festivals have their importance; Raksha Bandhan stands out as a unique gift of Indian culture. It is a festival that revolves around the pious bond of a brother and sister. The word ‘Raksha’ means ‘To protect’ and Bandhan refers to a ‘Bond.’ This bond of protection is symbolised by a sacred thread called ‘Rakhi.’

When a sister ties a Rakhi on her brother’s wrist, her sentiments flow towards her brother that he should get each and every happiness, while the brother thinks on the same wavelength that at any cost he would protect the honour of his sister. It’s all about tying the Rakhi, exchanging blessings, gifts, smiles, pranks, laughter and most importantly, love.

When is the festival of Raksha Bandhan celebrated

What is the Best time to Tie Rakhi

The Raksha Bandhan or Rakhi can be tied anytime between 9:28 in the morning to 9:17 at night. However, the best time to tie Rakhi on Raksha Bandhan is during Aparahna which is late afternoon according to Hindu division of the day. If u missed Aparahna time then Pradosh time is also suitable to perform rituals related to Raksha Bandhan. It is said that Bhadra time is considered malicious and Raksha Bandhan rituals should be avoided.

The historical significance of Raksha Bandhan

To trace the Origin of Rakhi is very difficult. As there are many tales in Hindu mythology which are associated with Rakhi. A few of them are:

The Raksha Bandhan has its mention in Mahabharata when Draupadi tied a piece of cloth as a band of love and affection around Krishna’s wrist. In return, Krishna promised to protect her. Shri Krishna accepted it as ‘Raksha Sutra’ and in return protected her from extreme disgrace by extending an endless saree when Draupadi was being stripped off her clothes by Duhsashan in the darbar of Duryodhan.

Rakhis have been used to make allies to strengthen kingdoms. One of such stories is of Alexander the Great when he was undertaking his invasion of the Indian subcontinent. Alexander’s wife had approached Porus and tied a Rakhi on his hand to ensure the safety of her husband. While the second story narrates a legend Rani Karnavati of Mewar and Emperor Humayun, the Mughal ruler. Karnavati sent a rakhi to Humayun and sought help from him when Bahadur Shah of Gujarat attacked Mewar. Humayun was touched by the gesture, left his military campaign and rushed to help the queen.

Another mythology is of Yama, the god of death and his sister the Yamuna. The Yamuna was upset as Yama wouldn’t visit her for years. Once when Yama finally visited her, Yamuna prepared a feast for him, and also tied a Rakhi on his wrist. Touched by her gesture Yama declared that whosoever is having a Rakhi on his wrist and if he promises to protect his sister will be entrusted with Immorality.

According to one more tale, the battle between the deities and the demons which was held for 12 years. In the battle, the king of the deities, Lord Indra feared that they were going to lose to the demons. The wife of Lord Indra prepared a sacred thread with her religious power and tied it around her husband’s wrist in hopes of his safety from the demons. As a result, the deities defeated the demons and Lord Indra returned safely.

In 1905, during the Partition of Bengal, Rabindranath Tagore started Rakhi Mahotsav, a mass Raksha Bandhan festival. The aim of the festival was to instil a feeling of togetherness and love between Hindus and Muslims of Bengal. He started this tradition to diminish the efforts of the British of creating a divide between communities.

There are many other stories such as Indra Dev and Sachi, Lord Ganesha & Goddess Santoshi, Goddess Laxmi and King Bali etc. proves the historical links of rakhi.

From ancient times, Raksha Bandhan has been celebrated in India. The occasion involves a pledge of cultural, moral, and spiritual values. On this day, the brothers and sisters try to visit each other in order to bring back the solidarity of the family. Rakhi, the holy thread symbolises the purest love of brothers and sisters. To mark their relationship, sisters tie the holy threads for the protection and success of their brothers. And brothers take the pledge to protect their sisters always. An only thread is sufficient to tie them up for a lifetime. It fortifies their emotional bond and renews the vow of the brother to protect his sister. The tradition of Rakhi has kept its essence intact for years.

Tradition and Customs of Raksha Bandhan

According to the Indian tradition, the family members get ready early in the morning to perform the rituals. They wear new clothes and gather for worship. Sisters prepare a thali which has everything from roli, tilak, Rakhi, rice grains, agarbattis (incense sticks), diyas and sweets. It is a tradition that the sisters worship their beloved brothers, pray for their health, happiness and prosperity, tie the Rakhi on their wrist. Aarti’ and ’tilak’ is done by the sisters which mark the celebration of the festival. The brother then offers his sister gifts and a promise to protect her under any circumstances. The brother and sister then, traditionally, offer each other sweets. After performing all these rituals, the family greet each other and gathers together to enjoy the festival.

In Rajasthan, it is a ritual to tie ‘Lumba Rakhi’ on the bangle of their brother’s wife as it is believed that the brother’s wife is considered to be the better half and the ritual would be incomplete without her. The brother’s wife will equally share her husband’s responsibility to ensure the well-being of his sister.

Some people also tie a Rakhi to an idol of Lord Krishna, seeking protection and support in times of need. Sisters send Rakhi and rakhi sets to their brothers who stay far away from them.

How to celebrate safe Rakhi in COVID?

Spending days with quarantine life, everyone would now want to make this festival a little special by creating some unforgettable memories. Do not let go of the spirit of this festival and extend your wish this year in a different way.

Why tie a Rakhi which is made by someone else. This year, when it is about coping with COVID and staying safe, why wander hours into markets to find that perfect rakhi? Why not make it yourself! Decorate a thali with beads and frills, make rakhis with gold-silver threads, sequins, and stones. Let your imaginations flow. There are various tutorials you can find on youtube for ideas. You can also give rakhi a nostalgic appeal by tying a mask rakhi or make rakhi with messages like ‘stay at home’ ‘ be safe Bhai’.

Indian festivals can never be complete without a few desi dishes and sweets. By now you would have been bingeing your favourite foods in lockdown and this is the perfect time to flaunt all your recipes. Prepare a special menu for Raksha Bandhan’s feast, blend in love to the delicacies by making homemade sweets dishes that you both love.

Prepare Gifts by your own

And brothers should try to make a gift by themselves. A self-made gift can speak emotions better than a self-made gift. This would surely be a gift that is above and beyond a formality; as they’re like souvenirs of the beautiful bond that siblings share. If you are not much of a creative person, even a simple greeting card can do the magic.

Raksha Bandhan is not just a festival but it’s a fun-filled day of a warm get together and creating memories. So, this year, those who are together, celebrate Raksha Bandhan by staying safe with your siblings, play fun games, exchange gifts, click pictures and spend quality time. Those who far away send rakhi online and follow the Shubh Muhurat time. Don’t forget to Stay Safe! Stay sanitized! and Stay smiling! Happy Raksha Bandhan! 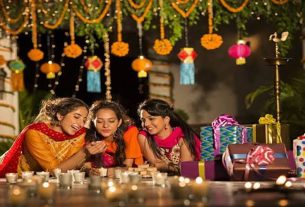 Best Diwali Gift For Your loved Ones: Let the gifts speak for you! 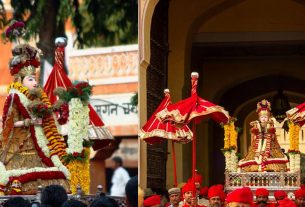 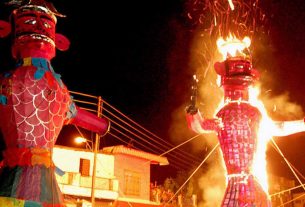 Things To Know During Dussehra Celebration in Jaipur